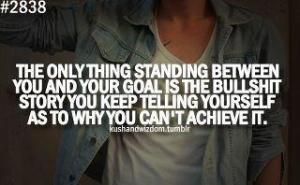 My day is already tons better than yesterday. Although I did leave my house without my purse and I needed to get gas for my ginormous vehicle. AND it wasn’t until I dropped the kids off at school that I realized I had to go back home! NO fun to say the least but it’s FRIDAY! So I can’t be too upset.

I also forgot to take a picture of the whiteboard today. I’m just all kinds of forgetful but I’m feeling pretty good!! At last the little things aren’t bringing me down today. That’s always a good way to start the weekend. Let’s hope it stays that way.

Today’s agenda at the BOOM Box was deadlifts and sprints! I don’t mind deadlifts but my hip has been achy so I wasn’t sure where I’d end up. We did a 5, 5, 5+ series starting at 140 for me. All in all my hip really didn’t hinder me but surprisingly my pinky fingers were killing me. Like the gap between your pinky and ring finger were on fire. On my last 5 I was dying. I don’t know what was different about my grip or what but it was painful. ON BOTH HANDS. My goal was 10 reps before the pain kicked in but I only made it to 6. It was definitely weird but at hopefully it was just a weirdo moment and not something that will recur. 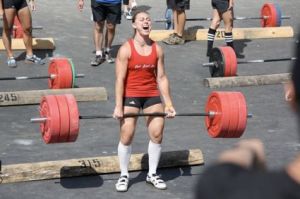 In other news… the cleanse seems to be keeping me “regular” if you will. If this is TMI I’m sorry. It is what it is. I do believe my clean eating has done exactly what it’s supposed to do so I don’t have so much “crap” built up in my intestines. But I defintely think it’s important to still follow through with the cleanse. I haven’t been the PERFECT eater.

I have however lost 1.5 lbs. Yay me! I don’t weigh regularly anymore because I’m a scale addict but I did have to weigh when I went to the Advocare Mixer. Now there I was fully clothed, jeans and everything and I weighed heavy. I did not like it one bit! It was also that time of the month so even more so to not want to weigh. Well I weighed the day before the challenge to base my weight from. I weighed less on Tuesday than I did on Saturday but I didn’t count that as a weight loss. So I’m just going off what I weighed on Tuesday on my scale. And this morning a whopping 1.5 lbs was gone!