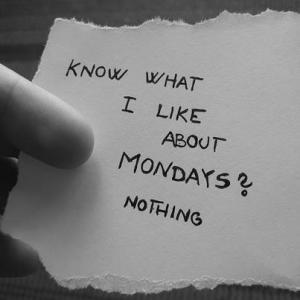 First of all, I think we all should get paid vacation so we can focus on the OLYMPICS… it’s not like it’s every year. We should support our country as a whole ツ I don’t care about doing work, I care more about watching the USA compete even in sports that I know nothing about! I get goosebumps every time I hear some wonderful back story or see the pride on an athlete’s face whether they are on the podium or had a good performance clearing the path for a medal finish. The work, the blood, the tears…. EVERYTHING they put into making the Olympics their time to shine. It’s FANFREAKINGTASTIC!!!! 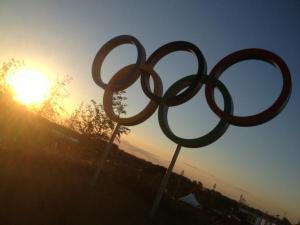 I was never much into weightlifting but since starting CrossFit and the fact that Olympic Lifts are part of it, I made a point to watch weightlifting. So far I’ve only watched the 48 kilo class and those tiny women are STRONG and make it look easy! It blows my mind. I’m really new to it all and I’m sure that’s the norm if you’ve been training your whole life for such things but it still blows my mind!!

I know, enough already, you’re not a sports writer or anything of the sort. I’m just a blogger, half ass one at that so I’ll move on to what I do regularly bore you with my daily crap! So the eating got a little better over the weekend and this week is going to be 100% back on track. I have 3 weeks till Europa and I need to be at my best. Europa is a Fitness Expo and they are hosting a CrossFit Competition that me and several other Boom Boxers signed up for as an intermediate team. Why oh why would we do such a thing? Mostly for fun! Secondly because this is where I first saw CrossFit in person a year ago. I totally wanted to be these people. I wanted to compete. I wanted to participate. Little did I know HOW HARD THIS SHIT REALLY IS and how hard it STILL is! But we signed up anyways. Win, Lose, FAIL… it will be fun. I just hope we are more on the winning end! So ya, this is why I need to clean up what I eat ASAP! And that process has begun.

GREEN SMOOTHIES
This is a work in progress that I admittedly did not want to be involved in. Ernie was determined to make a Kale Smoothie yesterday and although the flavor wasn’t bad, the thickness and chewability factor was horrid. He ate his smoothie and didn’t go for round 2.

This morning we failed at defrosting pork belly, SIGH, what will I have to eat now? Well a wild hair of an idea popped up and I said I’ll make me a green smoothie now! Why not? We have the stuff so I googled Paleo Smoothies and clicked around till I found one that sounded good to try. This smoothie called for a half frozen banana, spinach, cocoa powder, coconut oil, almond butter, cinnamon, almond milk and some ice. I started blending it all up, looked like a green/brown cup of nasty and tasted it… WHOAAAA too much cocoa powder, it’s unsweetened so it’s a really strong taste! Something was off – I FORGOT THE BANANA! DOH! So I threw half of a frozen banana into the food processor, added my green/brown concoction back in and gave it a whirl. This was much better in flavor but still too much cocoa. I know better next time and hopefully will have a better flavor profile. (YES ERNIE I DRANK IT ALL!)

WOD
I seriously considered sleeping in this morning. I just wasn’t feeling but I knew I had to shake my funk off and get to the BOOM BOX. I wasn’t the only sleeping in! I was the ONLY one there for the first 10 minutes. One other person showed up and that was it to our 5 am class. Not sure if folks are on vacation or just being slackers. But I definitely felt better about myself for just showing up!

Skill/Strength: 10 – 40yd sprints. I don’t really consider this skill or strength but only cause I’m a big baby and don’t like running. Although I’d rather sprint than run a damn mile. It is what it is. We didn’t really time anything out, just worked on form and form. I wish I was a better runner but I really don’t enjoy practicing the actual act of running. I’m screwed! 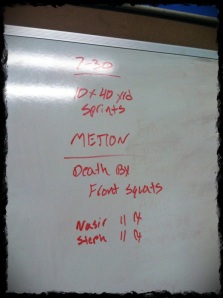 MetCon: Death by Front Squats – 65lbs. I know I’ve explained the whole Death By more than once but I gotta be fair to any new readers. When you do Death By anything it means you perform the movement you are assigned or the movement you choose on the minute, adding one rep for each minute. Soooooo you start clock, do 1 rep then rest till the start of the next minute. When that minute arrives you do 2 reps. Rest till the start of the next minute then do 3 reps. You keep doing this until you can not complete the amount of reps in the minute. With that said, I completed 11 rounds. I went for the 12th minute but I felt a tightening pain in my back/lat/somewhere in that region and it just hurt. I didn’t want to continue. It didn’t hurt when I “cleaned” the bar just when I would go from standing to squatting. Even if it didn’t hurt I probably wouldn’t have made it past 12. Regardless, including the 5 I completed in the 12th round, I did 71 Front Squats at 65lbs in less than 12 minutes. I was a hot sweaty mess. It was good work! I did some mobility afterwards and the back/shoulder/whatever is much better.

I hope tomorrow doesn’t involve running!!!! It’s only Monday. I’ve put my big girl panties on. Let’s do this! Commit to something good for YOU this week. It doesn’t have to be major but it surely can be ツ Make a goal this week. Eat clean, work out, walk, lay off the booze, meditate, read a book. Just commit to better mind and health. And let me know if you need MOTIVATION! I just wanna help! I want to help YOU, whoever YOU may be… crazy stalker, an old friend, complete stranger, etc. I know I sound CRAZY but I’m not really….uhhhhh depending I suppose on your definition of crazy, hehehe. Ah well. Ask for help if you need it… ENJOY your day! See you all tomorrow! Be AWESOME! 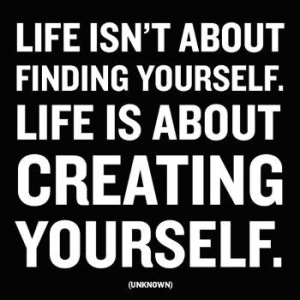 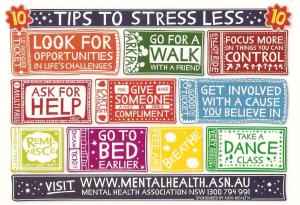 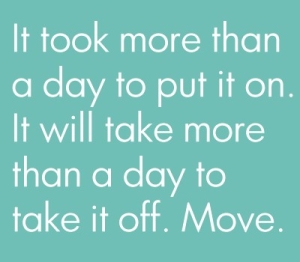 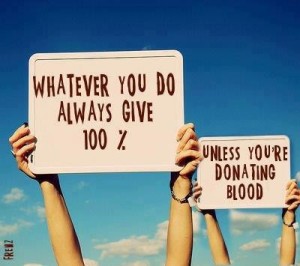 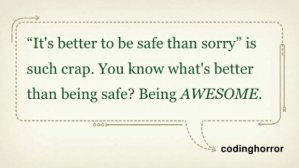 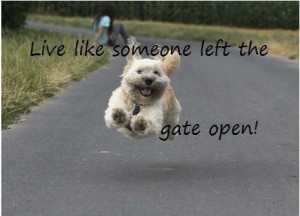 2 thoughts on “Mondays Suck but the OLYMPICS make it better!”