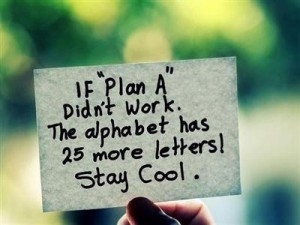 Hello Hello… Today is my rest day so I typically don’t show up in the blogosphere on Wednesdays but I thought today I’d share only what’s been going on with this sugar detox.

WHY am I doing this? Ate like shit for most of September. Gained weight but more importantly feel like crapola physically and in a mental blur. I had positive effects the first time I did this back in May. So let’s give it a go and hope I kick this junk food rut I’ve been in.

If you’ve been following along the past two days, then you have an idea of what’s going on. If you haven’t been following along then welcome to Day 3 of my sugar detox. Overall I’ve started off on not the best foot. Mostly because I know I’m not getting enough veggies in, but that’s my personal opinion. I have not consulted with anyone other than myself. That’s the best way, right?!?

Instant rambling: Now I do have sweet tooth for refined sugars, organic sugars, fruit sugars, sugar that falls out of they sky if that was plausible. I LOVE SUGAR. I always have. It’s sad. I probably could eat cookies, fruit, cakes and whatever else all day and not MISS REAL FOOD! Mentally that is. Physically my body would hate me forever. I’ve had sugar binges and although my taste buds are happy and my mental state is fluffy… it’s just that. FLUFFY because it’s been inflamed and making me WONKY! Once I eat real food I feel the relief, the satisfaction of being full and then the disappointment in myself for binging. A little extreme? Maybe to some of you, but I need discipline in order to be successful in having a healthy and fit life. 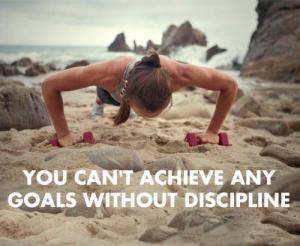 Now before you go preaching to me about enjoying life and what not, let me be clear: I AM NOT SAYING I WON’T EVER ENJOY A TREAT OR DESSERT EVER AGAIN. I’m not saying that life should be boring and bland. I’m saying, I WANT A HEALTHY LIFE! I’m saying THAT FOOD REWARDS ARE NOT THE WAY. We live in a society based around social eating. Food is fuel. It can be tasty fuel but it needs to be healthy clean fuel. Living in a Paleo world for almost a year now has been quite satisfying. Living in a sugar free world is a little harsh for me. I will always eat fruit but in moderation and not during this 21-day Sugar Detox.

Day 2
Pardon my ramble, that happened out of the blue and as always I try to not delete, rewrite, delete rewrite. I just leave it as is. But I did enough reviewing to at least title it! So anyways, I started Day 2 with a food “scare” because I ate Acorn Squash for breakfast! Found out it was on the NO FOOD list but then realized since I’m an ATHLETE it was ok to eat a little bit so I was in the clear. For lunch I had Chicken, Mashed Cauliflower, Dill Pickles and some Tomatoes. For a snack later I had some bacon – yummo.

Got home, got a meatloaf cooking for the family and prepped other foods to cook after football practice. Then it went to shit and a hand basket. One of my kids got a banged up arm during practice. Got home; he was still in a lot of pain; I thought it looked bad and my mom freak out mode took him to the ER to make sure it wasn’t broken. Which left us not getting home till close to 1 a.m. So I thought I would just suck it up go home and sleep even though I was starving. Turns out I’m a glutton for punishment. Ernie had dropped us off at the ER and then made a run to Chic-fil-a because he was hungry. At the time I was not hungry and I had the will power to not eat bad foods. He had bought extra food knowing Justice and himself would probably still be hungry when we left the ER. He was smart in thinking this but I could no longer hold out. I ate 1 nugget hoping that would just get me home. It didn’t. Turns out I ate about 6. I KNOW I KNOW, not the end of the world but I’m just staying true and admitting I did it. And I just want to keep it honest and real. Fortunately the nuggets aren’t heavily breaded and it’s still protein. Better to eat some nuggets than to dive into a chocolate cake or something!!!

Day 3
Didn’t start off with a bang either. So far no foods, only water and mint tea. I have steak, spinach, broccoli and mashed cauliflower for lunch. I plan to have a roast chicken for dinner with some super greens and not sure what else. And I have bacon and eggs for a snack. I may swing by the store and get some avocados as well to add some fat to my day. We’ll see how it goes. I was way better prepared in May when I did this. All of this flying by the seat of my pants is hard. But I’ve been strong. We have a fridge full of fruit at home for the kids to take to lunch and snack on before football and I have steered clear. I just have to get this whole planning thing buttoned up so I can have proper meals.

Anyhow. Thanks for checking in. I know it wasn’t uplifting and super exciting but if you’re debating the sugar detox, doing it now or can relate in any way with whatever your life goals are then at least you have some insight to what one silly girl goes through. LIFE DOES GET IN THE WAY – how you deal with it is what is important! KEEP ON TRUCKIN! and BE AWESOME!