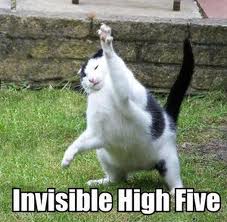 Whew, this has been a week of managing kids back to school, work being chaotic and my workout schedule shifting back the early early mornings. And I survived.

I survived waking up at 4:15 am. I survived CrossFit. I survived getting 3 boys to 3 different schools for 3 different times. And I even managed to get to work on time if not early! I survived last minute school supply shopping, baseball practices and a football game. I SURVIVED! Granted this is small scale in most peoples lives but for me it might as well have been Mt. Everest. Look, before you start calling me crazy, this is just a blog about my fitness journey and a little peek into the rest of the crazy my life is. And it’s nothing but a speck of sand in the universe. I know there are people out there saving the world and there are people out there surviving more than I can even imagine… and yadda yadda yadda, so forgive me in advance for taking something so trivial and making it like I deserve a medal of honor! But I did survive! Hehe. And sadly, I don’t deserve a medal of honor. Just being dramatic for the sake of blogging. 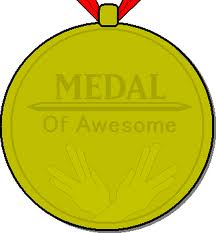 But for real, in regards to the drama and my life that is CrossFit … this morning was something I was not mentally prepared for at all! 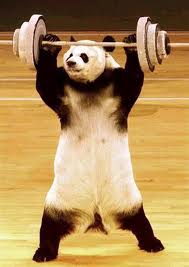 The Bear Complex has crossed my path several times but not in a long while. It’s also been varied each time. This time around we were doing one set. Resting. Upping the weight and go again. Times 4.

Someone like me forgets the torture that this turns out to be. In my head, it’s clearly not so tough. Just a few lifts and I’m good. Ha, just a FEW x 7 x 4. I started out at 55lbs and was ready to die once I finished my 1 REP of Squat Clean, Thruster, to Back Squat, to Thruster, seven times. Did I mention that 7 times through was 1 rep? Ok enough I know. So I moved up to 65lbs for my 2nd attempt. I had to rest a little more with the bar on my back but if that was going to get me through I was going to take it! If you drop or let go of the bar, that’s a NO REP. I survived the 2nd attempt. Time was pacing along quickly. Rest time was going even faster! I decided I’d jump to 85lbs for my 3rd attempt. And it was a doozy, but I was getting through it. I was on my 7th round, resting with the bar on my back. COACH T was encouraging me to go, get the bar up. I was just trying to will myself to finish. And I push pressed it up without doing the BACK SQUAT!!!! DOH! WTH. I dropped the bar not realizing my mistake. I just fell on the ground and said I QUIT! I have no more in me. I’m done. Sigh.

But she’s not really done ladies and gents. She has one more attempt. UGH, And I DID NOT WANT TO GO. The little part of me that didn’t want to quit, said move up in weight. You were 90% there! But the tired, limb shaking, heavy breathing part of me said NO just do the 85lbs again. At the 3rd round I was ready to drop the bar. Just be done. FAIL. Go HOME. But I kept going. Resting before the Back Squat and Resting before the Front Squat. A LOT of resting. After the 5th round, I found some peace of mind that I was almost done. I just needed to control my breathing and go. OHHHH but it was so hard to want to go. To will myself to go. Once the 6th round was done, I was almost home free. Just FINISH! I didn’t forget my back squat and finished at 85lbs. It literally took me 10 minutes to recover. I was a shaky mess. The BEAR did not win today! I didn’t DIE and I didn’t QUIT! 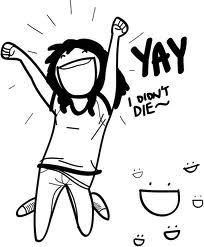 I told Coach G if i wasn’t completely crippled in the morning I would come to the COMMUNITY WOD. We’ll see. By the way you are all invited to join. TOMORROW at 9 a.m.!

That’s it for this week in my little world. Hope you have all have a safe and fun holiday weekend! And as you know… make it awesome!!! 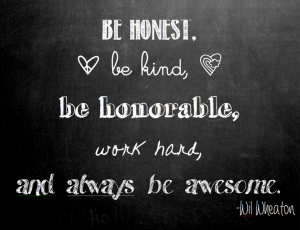