After my Whole30 last year, I went off the rails. And I had many failed attempts on getting back on track. MANY FAILED ATTEMPTS! And I got to a point where I was ready to concede to the weight gain and just be. Thankfully, I shook myself out of that thought process and recommitted to finding my happy healthy self. I’m now TWENTY FIVE days into Whole30. Five days to go! And by Day 12ish, I was super happy I decided to get back to it.

I know I’ve lost some weight but I’m not sure how much just yet. But I was blaming my poor performance at the BOOM Box on my weight gain. But in the end it was just my poor eating habits that needed to change. I’m pretty sure I’ve had minimal weight loss right now (I DID GAIN ALOT) but I am doing so much better in EVERYTHING. My runs are better, I found my Toes To Bar and I’m able to push through on most everything much easier. These are big things for me. So can you only imagine if you have moderate to zero physical activity, yet you are having a hard time getting out of bed because everything hurts. Eating clean should make you feel like a ROCKSTAR! Imagine: less headaches, less joint pain, clear focus, better sleep, more energy. That’s what Whole30 could do for you. Heck, just trying to eat cleaner in general will do wonders. Make that change folks.

You can’t look at me and say… oh she was already skinny. Or she was already super fit. I wasn’t. I gained a lot of weight. I let self discipline go out the window. I had to start over. You can too. And you will be OK. You will be GREAT! So quit with the back and forth. Quit with the lolligagging. Just make the decision to do better. Find better health. Find physical activity. Find your Happy Place! 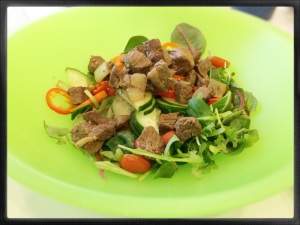 1/29/14 BOOM Box
Mobility: We did the killer QUAD stretch against the wall. 3 minutes each leg. UGH!

Conditioning: 1k time trial rower
I repeat over and over, I enjoy rowing, but I’m not good at it. So here was a good time to work on rowing. I’m only steady and strong for about 250m. Maybe one day I’ll bump up to a solid 500m. But that’s not anytime soon I don’t think. Time: 4:27

MetCon: 10 min AMRAP of 25 Jumping Air Squats, 50 DU, 3 MU
Well, we thoroughly smoked our legs on the Rowing. Now add Jump Air Squats. I figured I wouldn’t be able to walk today, but I can with minimal soreness. But I also didn’t get too far into reps with it being a 10 min AMRAP and having to do 9 Pull Ups for the Muscle UP modification. I got through my first set of 25 JAS pretty quickly. My DUs were a struggle. I was trying to do them slow, but I couldn’t slow down. So I was messing up way more than if I just busted them out AFAP. Then got to Pull Ups and struggled. Not as bad as I would have weeks ago but PULL UPS are terrible. By round 2 my JAS were not as quick but I still kept a steady pace. My brain and body were too tired to think for the second set of DUs so I finished them much more quickly. For some reason, I had a hard time getting a good breath in. So I hung out a few seconds before getting to the Pull Ups. But I was good on time. I thought I could get one more round in. I stumbled through DU again which slowed me down. Final: 2 Rounds + 25 JAS + 50 DU + 3 Pull Ups

That’s a Wrap!
It’s almost the weekend. Woooo! And if you’re local, then come out to CrossFit Boom for a Community WOD at 9 am and YOGA at 10 am. You wont’ be sorry. We have fun and you can laugh at me sucking at Yoga!

FIVE days to go! No matter where you are on your journey, keep going strong. Do your best. And if you trip up, that’s fine. Just get back on the right path and don’t be too hard on you! Happy Thursday!

I had plenty of rest last night so I was ready for the BOOM BOX Beating! Looked it up and it didn’t seem like such a beating afterall. There was work to be done but it was lifting work so we took out the endurance part of the equation today. I was really relieved because we sure did do a lot this week.

Our Skill/Strength was 3 rounds of 20 Kettlebell Swings (American) at heaviest weight possible. I warmed up with 1 POOD (35lbs) and felt good. So my silly ol self thought I’ll give the 1.5 POOD kettlebell a good swing. UH NO. It’s f’in HEAVY! I really thought I was going to swing that thing over my head. I even made 2 attempts. Jokingly I asked Coach if there was a 1.25 POOD anywhere. I know there isn’t but I would have felt comfortable at 40 something pounds…. I Think!?! Anyhow. We were supposed to 3 rounds unbroken and I did, the 3rd round was a little trying but I didn’t want to have to start over so UNBROKEN they were! 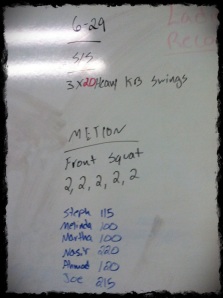 MetCon: Front Squat 2,2,2,2,2 Like I said the endurance was out of the equation today. Thank the Baby Jesus! I was perfectly fine with Front Squats. I wasn’t however prepared for FAILURE! After warming up some I started at 100lbs which was 75% of my max of 135. So my weight strategy was 100, 110, 115, 125, 135. I’m not gonna lie… 100lbs was HEAVY! It’s been a while since we’ve done Front Squats but I didn’t think 100lbs would be heavylike! 2 Reps down and not really a problem. 110lbs, eh not so bad. 115lbs I did it but I could feel the struggle. 125lbs I got down and couldn’t push back up, dropped weight 😦 So I walked around, sat down, watched everyone else. I came back for my 5th round and decided to drop to 120lbs. First rep finished, 2nd rep I got down and halfway up and felt STUCK, completely STUCK no more UP in my legs. And I dropped the weight! So it was a BIG OL FAIL and it SUCKED!!! It’s one day, one moment, blah blah blah. I hear what you are saying but I still hate the fact that my 1RM is 135lbs and I couldn’t get more than 115 for 2 reps. Yes I was a certifiable Debbie Downer. I can’t help it. I know at the end of the day it’s fine. Next week I could PR for all I know. But in the moment it’s defeating. We aren’t always ON but that’s not what you’re thinking as you’re struggling to move the weight. Thank goodness it’s Friday!

While googling through the WWW I found some silly and not so silly gems of motivation or whatever you want to call it. The image below reminds me of why I continue on and push. Seriously through all my rambling, crying, whining, etc… I DO KNOW I’M STRONGER than I have ever been! I have grown so much and even though I still have a long journey ahead of me I know I am more capable than ever at this moment to take it on!

AND if you’re reading and you’re local… FREE COMMUNITY WOD at the BOOM BOX! 9AM! COME PLAY WITH US!

Nothing major planned this weekend. Going to see TED tonight. I hope it’s not as dumb as it looks. WAIT! I KNOW it will be as dumb as it looks, hahaha. Well I said that about That’s My Boy! and I laughed like a 12yr old boy. So who knows. Maybe it will be entertaining and give us some laughs.

If any adventures do pop, I’m sure I’ll be sharing. Make an adventure out of your weekend. Make the decision to Make a CHANGE in your life. Eating, Working Out, Spiritually, or WHEREVER you need to make change. It doesn’t have to be drastic, just a baby step in a better direction. You won’t regret it! 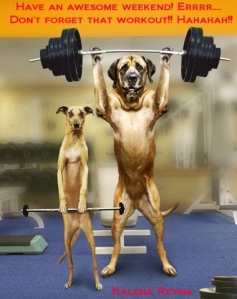 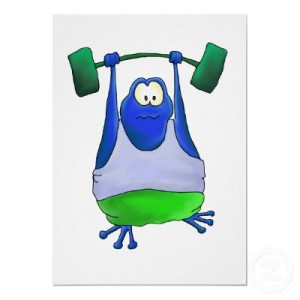 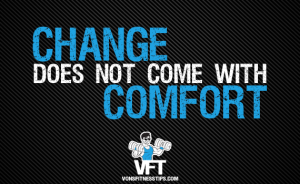 Rock your weekend OUT! See y’all on Monday 🙂 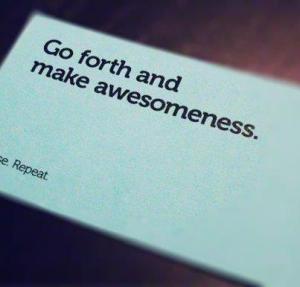